Indigenous Consultation and Engagement Breaking Down Divides in Canadian LNG

BC Oil and Gas, First Nations 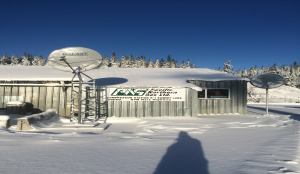 Former elected chief of the Wet’suwet’en First Nation Karen Ogen-Toews says that developing liquefied natural gas (LNG) projects that prioritize the environment, consultation and engagement with Indigenous communities will benefit all Canadians. “Indigenous people are in support of major projects,” says Ogen-Toews, CEO of B.C.’s First Nations LNG Alliance.  “We must do this responsibly, continuing to make sure that we have the highest environmental standards. That’s one of the biggest issues that Indigenous people see, because we view our role as stewards of the land…First Nations need to be on our game, involved and participating, making sure that we’re getting benefits back to our community.”

Immediately and completely moving off fossil fuels is not responsible, feasible, or even doable, Ogen-Toews says. Climate policies that impair Canadian LNG development would do more harm than good, particularly given that Canada is responsible for just 1.6 per cent of world emissions.

“We are not looking at the global footprint. Canada needs to do our part, but we need to be reasonable,” she says.

Noting an agreement made to “phase down” the use of coal at the 26th UN Climate Change Conference in Glasgow, Ogen-Toews believes Canada should be looking more at supporting countries like China, India and Indonesia in getting off coal power.

Together these three nations have 146 new coal-fired power plants under construction, and 189 in “pre-construction,” according to Global Energy Monitor.

In China, replacing coal with LNG from Canada could reduce emissions by up to 62 per cent, compared to the 50 per cent reduction achieved by the switch on average.

The LNG Canada export facility (and the associated Coastal GasLink pipeline) currently under construction in B.C will enable Canada to for the first time sell its natural gas to Asian markets. And the project is seeing increasing involvement with First Nations.

In March, TC Energy signed a historic equity option agreement where 16 Indigenous communities will become part owners of Coastal GasLink once it is up and running. This builds on agreements signed with all 20 elected Frist Nations governments along the route, and more than $1 billion in spending with local and Indigenous-owned businesses.

Board chair Crystal Smith is chief councilor of the Haisla Nation, which has been working closely with LNG Canada and is a joint venture partner in the Cedar LNG project, a proposed floating LNG facility in Kitimat within Haisla’s traditional territory. The project is Indigenous-led and set to become the largest First Nation-owned infrastructure project in Canada.

“They are breaking trail for the rest of us,” Ogen-Toews says. “They have a competitive advantage being on the coast, and so they’re taking an opportunity and running with it, which is showcasing to the rest of B.C., to the rest of Canada, to the rest of the world, that these projects can be done.

It is “an ideal and classic example of how major projects can go through Indigenous communities,” when they have the support of clan members and when hereditary and elected systems work together, she says.

The First Nations LNG Alliance aims to support additional development in B.C. The group has created a number of factsheets, infographics, videos and podcasts, and sends out regular newsletters.

Its Wayfinding Guide on project benefit agreements includes case studies, specific considerations and resources. The goal is to “facilitate the identification of culturally appropriate principles for defining, implementing, monitoring and (if needed) exiting benefit agreements.”

Everyone wins with the expansion of Canadian LNG development, Ogen-Toews says. There can be less international reliance on less responsible producers like Russia, and a reduction in the use of coal that will lower greenhouse gas emissions.

Most important to her, there will be an increase in employment opportunities and the ability to effectively address social issues in Indigenous communities.

All that is required is meaningful consultation, a share and a say.