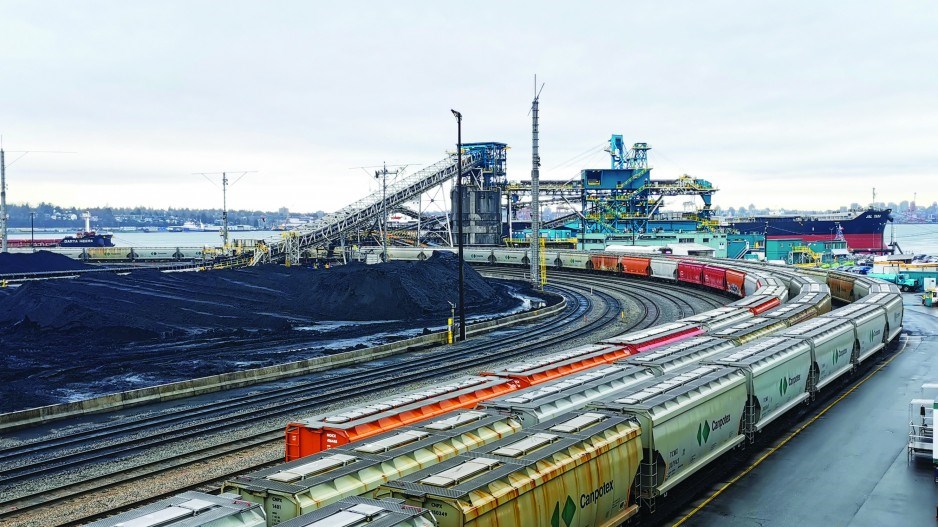 Resource companies in Western Canada had a good year in 2022, which means provincial and federal governments had a good year, thanks to royalties and taxes.

But a series of federal and provincial government policies that are deliberately squelching growth in certain sectors, such as metallurgical coal and lumber – B.C.’s two most valuable exports – will mean lost opportunities for Canadian companies, analysts say.

While it has predicted a price correction in the earlier part of 2023, Goldman Sachs (NYSE:GS) is still bullish for commodities in general in 2023. Wood Mackenzie, meanwhile, is predicting a general decline in prices for industrial metals like copper this year. But a fundamental lack of supply could drive copper prices as high as US$11,000 per tonne by the end of 2023, according to Goldman Sachs.

As of October 2022, the value of exports from B.C. increased 25 per cent to $56 billion compared with $45 billion during the same period in 2021, according to BC Stats. B.C.’s four most valuable export commodities are lumber, metallurgical coal, natural gas and copper.

In 2022’s first half, wood product exports from B.C. were worth $8.6 billion, according to BC Stats, representing 30 per cent of the value of all commodity exports from B.C. The outlook for B.C.’s forestry sector in 2023 is not so rosy, however.

Higher borrowing rates are expected to slow North American home construction, and B.C. is now in the position of being the first lumber-producing region in North America to curtail production when lumber prices fall.

The break-even price for most sawmills in B.C. is US$450 to US$500 per thousand board feet, said Russ Taylor, president of Russ Taylor Global Wood Business and Market Consulting.

“This is all a function of a high-cost producing region at a point where prices are way too low,” Taylor said.

Thanks to all the regulatory barriers the B.C. government is placing on logging, Taylor expects two or three of the temporary curtailments could become permanent in 2023, depending on the status of the American housing market.

“This is the second largest homebuilder in the U.S.,” Taylor said. “It sounds like it’s going to be worse than all the forecasters are thinking.”

Forecasters are calling for lumber prices to average between US$475 and US$595 per thousand board feet in 2023.

“I would say it’s going to be in the high 400s,” Taylor said. “I’m quite pessimistic for the year. I think it’s going to be much better a year from now, but we’re going to have to go through a tough time until we get supply and demand finally balancing out, and that’s going to take some low prices, I think.

“There are going to be a few more [permanent] curtailments because of all this endless government policy. Primarily it’s going to be the old-growth deferrals, all the caribou habitat protection that they have to still implement, they have all these tenure transfers … and then they’re introducing core landscape planning. Now there’s a commitment by the government to preserve 30 per cent of B.C. forests by 2030, up from 15 per cent currently. And on and on it goes.”

As for B.C.’s second most valuable export – metallurgical coal – the long-term demand is strong. But Canada seems bent on deliberately missing the opportunity presenting itself, according to Neil Bristow, a coal analyst with H&W Worldwide Consulting.

Seaborne steel-making coal prices may take a dip in 2023’s first quarter, in response to a decline in demand for steel, especially in Europe, Bristow said. But despite all the hype around “green” steel – made from hydrogen instead of coking coal – that is decades from becoming a reality, Bristow said. The long-term demand for seaborne metallurgical coal is therefore very strong.

“I cannot find enough coking coal for the world’s steel industry after the next few years,” Bristow said at a coal conference in Vancouver in September.

There are several new metallurgical coal mines or expansions in the queue in Western Canada, and provincial and federal governments are slamming the doors shut on them.

Alberta has a moratorium on new met coal mines and exploration in the Rocky Mountains, the federal government is forcing a proposed expansion of the Teck Resources Ltd. (TSX:TECK.B) Fording River mine to go through a full environmental assessment, and, two weeks ago, Federal Environment Minister Steven Guilbeault killed the proposed Sukunka metallurgical coal mine near Tumbler Ridge.

“From a Canadian perspective, they appear to have shot themselves in the foot,” Bristow said.

B.C.’s third most valuable export is natural gas, and Western Canadian producers had a particularly good year in 2022. North American natural gas prices tripled in 2022, thanks partly to increased demand for liquefied natural gas (LNG) exports from the U.S. to Europe. Pipeline exports of Western Canadian natural gas to the U.S. surged 10 per cent in 2022’s first half, according to Statistics Canada, and Canadians paid 43 per cent more for natural gas.

Natural gas prices in the U.S. hit US$9.68 per metric million British thermal units (MMBtu) in August 2022 but have since fallen to US$4.75 per MMBtu as of the end of December.

As for the other “gas” – gasoline – GasBuddy and other analysts warn there could be a repeat in 2023 of some of the cripplingly high gasoline prices experienced in 2022.

Some analysts forecast oil prices could again reach US$90 to US$100 per barrel in 2023, which would see the return of high gasoline and diesel prices, contributing to inflation.

In 2022’s first half, American and U.K. benchmark crude prices hit US$120 per barrel, driving up gasoline prices across North America. Vancouver, as usual, had some of the highest prices on the continent.

Later in the year, when gasoline hit $2.29 per litre in Vancouver, it was not high oil prices driving the spike, but refinery outages. A fundamental lack of supply could again trigger high gasoline prices in 2023, said Vijay Muralidharan of R Cube Economic Consulting.

The war in Ukraine and sanctions against Russian oil are also generating a lot of oil price uncertainties.

If the global economy shrinks in 2023 the way some economists are forecasting, Muralidharan predicts that the average per-litre price for gasoline in Canada will range between $1.35 and $1.80. But should the demand for oil be higher than expected, he said average gasoline prices could go as high as $2.20 to $2.30 per litre in 2023.

Vancouver prices are always about $0.10 to $0.15 per litre higher than elsewhere in Canada, so the upper end for gas prices in Metro Vancouver could again hit $2.30 or even $2.40 per litre.

“There are external factors that we don’t control, like wars or any kind of Saudi response,” Muralidharan said.