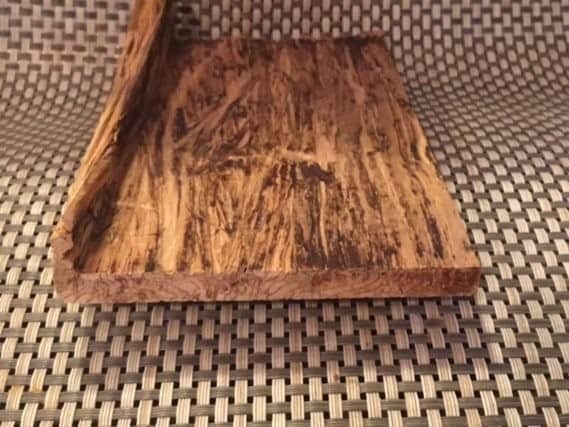 The province is supporting the growth of an Indigenous-led forest bioeconomy with new funding for First Nations, including a company in Fort St. James, to develop innovative forest-based products.

These products are intended to reduce the use of petrochemicals and store carbon for the long term.

With $3.9 million in CleanBC funding over three years to expand the Indigenous Forest Bioeconomy Program, the province has launched a new accelerator stream that provides additional funding for First Nation projects at the pilot, commercialization or scale-up phases.

Deadwood Innovations, a joint venture with the Nak’azdli Whut’en First Nation, is the first project to receive funding through the new accelerator stream of the program.

The company is working to transform timber that was damaged by mountain pine beetle and wildfire into value-added engineered wood products, such as rail ties, rig mats and decking.

The province has given $90,00 in funding to help Deadwood Innovations upgrade its pilot-scale manufacturing plant in Fort St. James and enable commercial production.

The new facility will create jobs in the region and reduce the need for slash pile burning while reducing carbon emissions.

“The Indigenous Forest Bioeconomy Program and its new accelerator stream has positioned our startup to perform commercialization due diligence and engineering with experienced industry professionals,” said Owen Miller, president of Deadwood Innovations.

“Our technology solves real problems and with support from the Indigenous Forest Bioeconomy program, our mission to transform low-quality fibre into high-value products is relentlessly progressing.”

The Indigenous Forest Bioeconomy Program focuses on using waste that is left over from logging, wildfire debris and damaged wood to make new, low-carbon forest-based products, while increasing the participation of First Nations in the forestry sector.

“By turning wood waste and dead trees into new, high-value and long-lived wood products, we can replace products made from non-renewable sources and boost the role of B.C.’s forests in helping to fight climate change.”

In 2020, Deadwood Innovations Ltd. contacted Northern Development about their work in developing a pilot processing plant on the former Tl’oh Forest Products site, located on traditional territory and owned by Nak’azdli Whut’en.

They were then approved for a $50,000 rebate through Northern Development Initiative Trust’s Northern Industries Innovation Fund.

This brought back local forestry work to the community members. Between 1995 and 2014, Nak’azdli operated Tl’oh Forest Products, a fingerjoint manufacturing facility that was jointly owned with Sinclar Group.

The Mountain Pine Beetle epidemic had a devastatingly negative impact on Tl’oh’s production and profitability, which resulted in the mill being permanently curtailed in 2014. When Tl’oh closed, 60 employees, 85 per cent of which were Nak’azdli, were laid off.

When Deadwood launched its pilot project, it was estimated to provide 25 permanent full-time jobs and 30 part-time or seasonal jobs.

Deadwood Innovations has developed a patent-pending process that crushes and presses pieces of dried conifers in a style that maintains fibre orientation and length as close to how it naturally occurs as mechanically possible.

This process uses low energy and is relatively low cost. Dead and dry trees are harvested to be processed, which captures carbon instead of releasing it through burning or having the fibre transformed into hog fuel through shredding, or being used for pulping and pulverizing (pellets).

“Our partnership with Deadwood Innovations is one example of our Nation’s increasing participation in forestry on our traditional territories. Now with the expansion of the Indigenous Forest Bioeconomy Program, which includes a new accelerator funding stream, we are able to scale up to the commercialization stage of this technology quicker,” said Chief Aileen Prince, Nak’azdli Whut’en First Nation.

“This is creating more economic opportunities in our community and finding new uses for waste, while protecting our forests and wildlife for generations to come.”