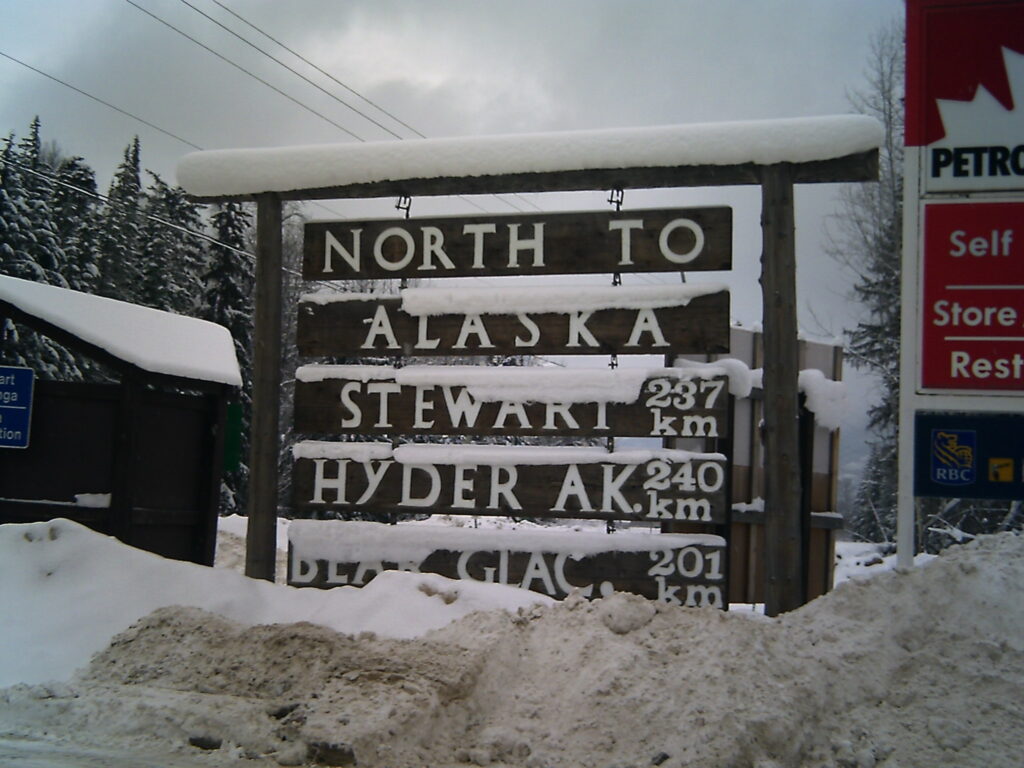 It sounds made up.

In the wilderness of British Columbia, a two hour drive from any town with cell reception, sits a ghost town.

Not only a ghost town, but a ghost town that was built for $50 million in 1981, only to be shut down a year later.

Not only that, but a ghost town that was built for families, from the community centre to the curling rink, the grocery store to the pub.

Not only that, but a ghost town that has been fully preserved: the roofs redone, the rooms dusted, as much kept in its place as it was 40 years ago, right down to the medical equipment in the hospital and the children’s toys in the daycare.

But Kitsault is real. You can visit.

The story of Kitsault, summarized:

In the late 1970s, the American Metal Company placed a bet on mining molybdenum in Mount Widdzech, next to an inlet about 900 kilometres north of Vancouver.

It is a long way from any major city, and not accessible by road, so the company did what must have seemed logical: built a town pretty much from scratch, in an attempt to make a place that workers would want build a life in.

A couple of apartments and hospital remained from a work camp attempted a decade prior, but the rest was all new — a school and a gym, a mall and a community centre, apartments and single-family homes, winding roads and cute street lights.

If it looks like an EPCOT pavilion for small-town middle-class Canadiana in 1980, well, that’s what it was. A planned community, built for young families with a sense of adventure, people who wanted to take a flyer on an chance amongst the trees and waterfalls and bears of the west coast.

But just as soon as the 1500 or so residents started to form a community in Kitsault, the price of molybdenum began to crash. In mid-1981 the town opened. In mid-1982 the local newspaper had a front page story about the mall opening, but at the bottom of the page there was a notice saying operations at the mine would be suspended for a month.

There Kitsault would have ended, or at least decayed and been taken over by nature like so many ghost towns, if not for a collection of improbable twists of fate.

Because the town was so isolated and the company so eager to evacuate everyone, much of the infrastructure and equipment was left behind.

And because the company held faint hopes of a rebirth for the mine, a caretaker was left in charge of basic maintenance of the property.

And when the company eventually sold the property at the start of the 21st century, it was purchased by an American millionaire who decide to increase maintenance, pouring six figures each year into keeping the homes dry and the buildings clean, a group of around 10 caretakers fixing the roofs and rehabilitating things like the curling rink and swimming pool.

The caretakers allow a few dozen guests each year, through a former University of Northern B.C. program coordinator who organizes tours.

Which means, for a fee, you can drive two hours down a barely passable road. The caretakers will open the locked gates, and let you into a time capsule that you can sleep in overnight.

The magic trick of Kitsault is just how ordinary it can seem.

The homes are filled with lush burgundy carpets and harvest gold appliances. The mall has a low ceiling and brown floor tiles. Put Kitsault on the suburban outskirts of dozens of towns that had a population expansion in 1981, and it comfortably fits in.

Of course, the town is completely empty, and in one sense that’s what makes it unique. You can open up nearly every home, explore every outlet in the mall, and feel like you’re in Canada’s largest museum exhibit.

But it’s when the humanity breaks through that Kitsault is at its most powerful.

In the Royal Bank, there’s a sign announcing the last day of operations. In the library, there are  due date cards showing which books were taken out most. In the hospital, there’s an ashtray in the waiting room.

Go into most of the homes, and you’ll see the same design: a top floor with a living room, adjoining kitchen, two or three non-descript bedrooms, with an unfinished basement below.

At least, most of them. Some of those bedrooms have the Smurfs or comics of baby superheroes as wallpaper. Some of the basements will be partially renovated; a rec room starting to come to fruition.

And outside, there’s always a maple tree next to each house, towering over the foot-long grass.

Look at photos of Kitsault when it was built, and you can see all those trees planted at the same time, ready to grow up with the families inside them.

Every story about Kitsault includes a tantalizing section at the end speculating about its future.

It’s easy to be excited about what it could be, how 100 well-maintained affordable homes and a few mid-sized apartments, connected to the power grid with running water, could become more than, as a friend put it, “a B.C. Chernobyl but someone is changing all the light bulbs.”

The current owner has talked about it becoming a spiritual centre, a wellness retreat, an LNG facility, and much more.

Nothing has really taken hold, but the owner continues to funnel in money to preserve Kitsault in case something materializes.

The longer Kitsault has survived, the stranger it seems, and the more interesting it becomes: a replica of a 1980s village in the middle of nowhere might have been a curiosity in 2002, but in 2022 it’s downright historic.

One can wonder about how long it can last, or what could replace it.

I will simply be grateful I was able to see it for myself.