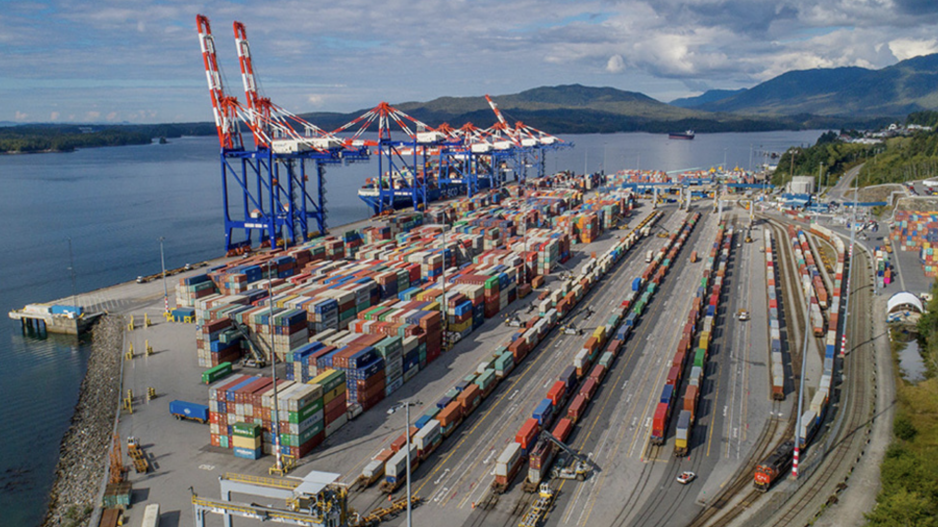 The slowdown in the flow of containers and other transpacific trade in the wake of the COVID-19 pandemic shipping boom is reflected in annual cargo volumes released today by the Prince Rupert Port Authority (PRPA).

B.C.’s northern entry point for Canada’s Asia-Pacific Gateway handled 24.6 million tonnes of cargo in 2022, which is a two per cent decrease from 2021.

The PRPA pointed to congestion at inland ports as one of the reasons for stalled growth at the terminal and overall supply chain disruptions affecting imports and exports.

But Prince Rupert’s downturn is part of a larger drop in trade between Asia and West Coast North America.

According to a November report from John McCown, a New York-based container shipping industry analyst, the 10 largest ports in the United States recorded a 17.5 per cent decrease in inbound container volume compared with the same month in 2021. West Coast ports led that decline with a 26 per cent drop, which McCown estimated was “the biggest decline ever for the West Coast.”

There are several factors contributing to that decrease, including inflation, rising geopolitical tensions between China and North America and a continuing migration of container traffic to Gulf and East Coast ports and away from their West Coast counterparts following historic container terminal logjams at Los Angeles-Long Beach and other major West Coast cargo hubs that began in 2020’s second half.

An earlier start to the Chinese New Year also threatens to complicate transpacific cargo movement as factories in China shut down for between two and four weeks, this year starting on Jan. 21.

Shaun Stevenson, the PRPA’s president and CEO, alluded to the escalating competitiveness for transpacific cargo when he noted in a statement accompanying the 2022 cargo numbers that Prince Rupert’s port services and capabilities need to “evolve … or our gateway’s competitiveness will erode. Global trade and supply chains are changing rapidly, and we must adapt.”