Agriculture, Central BC, Northeast BC, Northwest BC, Tourism 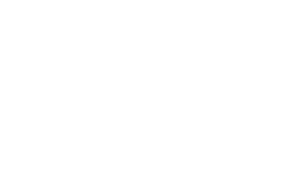 Prince George, B.C. – Northern Development’s board of directors announced today that it has approved funding for six valuable projects in central and northern B.C.

$300,000 was approved under the Economic Infrastructure program for the Kitasoo Band Store construction and expansion in Klemtu. The current band store and cafe was built in 1985 and has served beyond its operating life. The new store will increase in size from the current 5,500 square feet to 8,000 square feet and will include a community cafe/restaurant and a new retail space. Replacing and expanding the store will allow for a greater selection of goods for the local community and will increase the volume of product and profit potential of the store.

$300,000 was approved under the Economic Infrastructure program for the construction of the Osprey Nest building in Williams Lake First Nation (WLFN). The Osprey Nest will be a newly constructed mixed-use building that will complement the other amenities on WLFN. The facility will consist of a two-story building with approximately 4,000 square feet of usable interior space. The main floor is designed to host a restaurant/café and includes an interior mezzanine that will provide private space for meetings and small gatherings. There is a lakefront exterior patio and a 300 square foot rooftop patio on the first floor. These patios will feature gas heaters, making them usable from the spring through to the late fall. The second story will consist of four separate self-contained loft guest rooms. The lofts will provide capacity for short-medium term stays for a variety of visiting professionals, contractors and consultants engaged in business with the Williams Lake First Nation.

$200,000 was approved under the Main Street Revitalization – Capital program for the 10th Street Revitalization project in the District of Houston. As part of the district’s intention to rejuvenate its downtown, a portion of 10th Street that extends from Poulton Avenue to Butler Avenue will be upgraded. This work will include the removal of existing sidewalk and light posts, the installation of two decorative, pedestrian crosswalks, accessible 6.1-metre-wide sidewalks, 90 square metres of stained concrete walk, three new luminaire poles and lighting for the two crosswalks.  Additionally, five new street trees along with various street furnishings, planters and wayfinding signage will be included in the project.

$199,269 was approved under the Main Street Revitalization – Capital program for the Village of McBride Main Street lighting upgrades project. This initiative includes include the purchase and installation of 30 new ornamental streetlights to be installed along the length of Main Street from the historic McBride Train Station to the Welcome Arch at Highway 16. The project will create temporary jobs in the community, reduce the commercial vacancy rate on Main Street, expand community festivals and events, increase the downtown property values and expand economic development along McBride’s commercial corridor. Additionally, the revitalization will bolster community pride, improve Main Street’s walkability and McBride’s livability.

$160,600 was approved under the Recreation Infrastructure program for the Pine Valley Exhibition Park revitalization in Chetwynd. The existing rodeo arena is 30 years old and it is no longer feasible to update and maintain the current amenities. Due to the deteriorating state of the grounds, the Pine Valley Exhibition Park Society is undertaking a significant renewal of the site with plans to reinvigorate and grow the user base. The existing outdoor arena will be restored with upgraded riding surfaces, fencing and all necessary panels, gates and accessories to host rodeo events. Once compete, the new rodeo arena will provide a safe, effective tourism and program development facility.

“Part of our mandate is to stimulate inclusive, thriving communities and through this investment of $1.3 million, we are witnessing our local and First Nations governments deliver projects to support that mandate. The establishment of new and renewed businesses along with main street enhancements and upgrades to recreation facilities offer increased opportunities for tourism, investment and resident attraction.”

“The Williams Lake First Nation Osprey Nest will create amenities desperately needed in Williams Lake, promote tourism and support resident attraction and retention.  Additionally, there will be numerous jobs created by this project, both during and after construction.  The Osprey Nest represents a sizeable investment in economic infrastructure and the support from Northern Development Initiative Trust is a critical part of making this project happen.  We are immensely grateful for NDIT’s contribution and look forward to breaking ground.”

“We are very excited about this project that will see the installation of 30 new decorative streetlights on Main Street, McBride’s commercial hub. The streetlights will beautify Main Street, improve health and safety by reducing dark spaces on the sidewalks and roadway, increase accessibility to the street, significantly reduce energy consumption and eliminate light pollution. New streetlights were identified as a priority project in McBride’s NDIT-funded Main Street and Downtown Revitalization Plan, completed last year. Council would like to thank NDIT for their financial support for this important project that will support expanded economic development in McBride’s downtown core.”

Isaiah Robinson, General Manager, Kitasoo Development Corporation “The new community store is 40 per cent larger than the previous facility and will provide us with the opportunity to supply more choices for the consumers and healthier eating options while increasing the Nation’s overall food security. In addition, a modern store with greater supply will reduce our unit cost through higher sales volume and more efficient transportation resulting in less economic leakage from the community.”

We have forged over 3,600 partnerships with over 1,000 organizations that have attracted more than $1.3 billion in new investment to the region. Approximately 71% of our investments are in small communities with populations of less than 5,000.