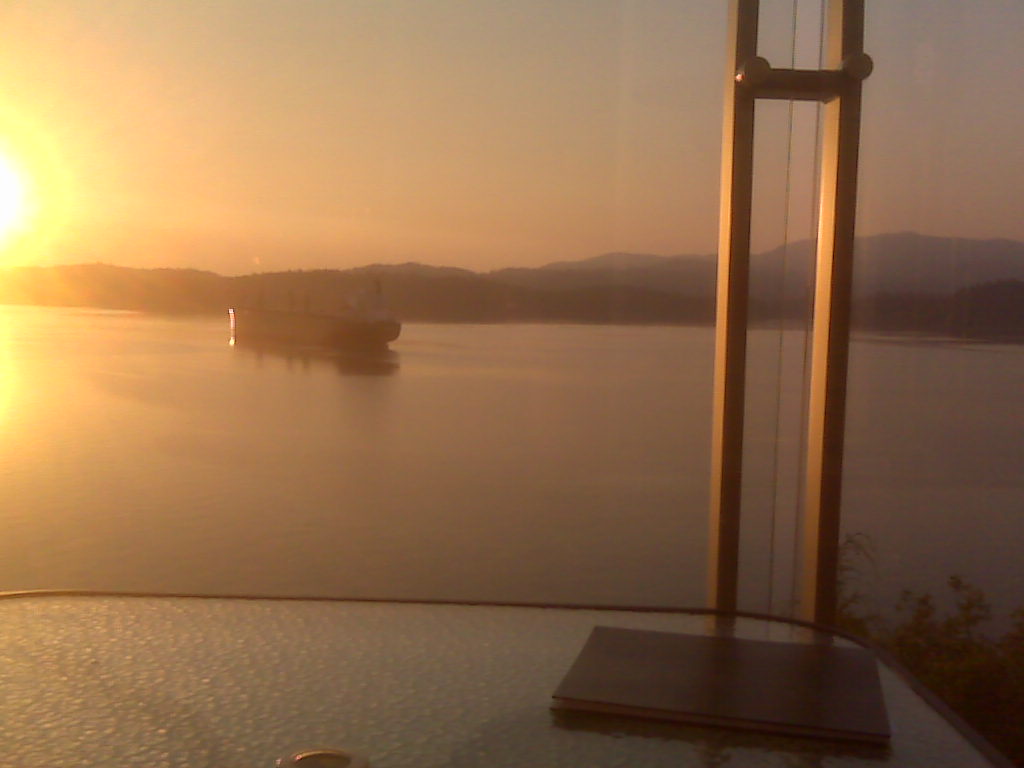 HAIDA GWAII – The $45.4-million Connected Coast project has reached a new milestone with 87 kilometres of fibre-optic cable stretching across the seabed of Hecate Strait, which will bring high-speed connectivity to Haida Gwaii.

“Anyone, anywhere in the province, should have access to reliable high-speed internet,” said Lisa Beare, Minister of Citizens’ Services. “Through Connected Coast, people and businesses in remote and underserved communities along B.C.’s coast can stay connected and participate in local and global economic opportunities. We thank all of our partners, including the federal government, CityWest, Strathcona Regional District, Indigenous communities and local government for helping connect British Columbians to the opportunities and tools they need to succeed and build a secure, sustainable future.”

The arrival of the subsea cable-laying vessel in Haida Gwaii marks the completion of fibre-optic-cable-laying activities between Haida Gwaii and the B.C. coastal mainland, and the first step toward better connectivity for Haida Gwaii residents. Announced in 2018, the Connected Coast project will bring high-speed internet to approximately 139 rural and remote communities, including 48 First Nations communities, along the B.C. coast from north of Prince Rupert to Haida Gwaii, south to Vancouver and to Vancouver Island. The project is approximately 45% complete with more than 500 kilometres of fibre-optic cable laid and 21 landing sites completed.

“We need to close the connectivity gap and ensure that every nook and cranny of British Columbia has access to reliable high-speed internet,” said Gudie Hutchings, federal Minister of Rural Economic Development. “The Government of Canada is proud to partner with British Columbia to connect households in the Haida Gwaii region. We will continue to make investments like these to help achieve our national target of connecting 98% of Canadians by 2026 and 100% by 2030.”

On June 29, 2022, the cable-laying ship arrived in Tlell and began laying cable across Hecate Strait toward Bonilla Island, building backbone infrastructure for high-speed connectivity in Haida Gwaii. Network commissioning and activation activities are expected to occur over the coming months and will begin once this section of cable laying is complete. The Connected Coast project is expected to be complete by March 2023.

In March 2022, the Province partnered with the federal government to provide as much as $830 million to expand high-speed internet services to the remaining rural and First Nations communities that are underserved.

The plan to connect every household in B.C. to high-speed internet by 2027 will level the playing field for British Columbians and ensure every community has better access to jobs, education, training and health care.

The Province’s investment is part of the StrongerBC initiative under B.C.’s Economic Recovery Plan to build economy with an eye toward inclusive growth for communities.

What people are saying about the Connected Coast milestone:

“High-speed internet is an essential part of our digital world, and workers and businesses need it in order to compete and thrive in today’s economy. Improved connectivity on Haida Gwaii, and across B.C.’s north and central coast, will bring transformational change to our communities and a range of new educational, employment and economic opportunities. It will allow us to showcase Indigenous technology and stewardship innovation to the world.”

“This is a huge milestone for Haida Gwaii. While it is known for being one of the most isolated places in B.C., high-speed internet will reduce the strain of that isolation and allow residents of Haida Gwaii to fully participate in today’s digital world. This opens up a world of opportunities and provides access to services critical for safety. This project would not have been possible without First Nations leadership and the federal and local governments. Hawa’a to everyone involved – your hard work has paid off.”

“COVID-19 demonstrated, like never before, the critical importance of connectivity for community economic vibrancy and personal well-being, especially for us British Columbians in rural and remote communities. Access to fast, reliable internet will allow people and businesses in Haida Gwaii to get online to energize their economy, connect with distant family, access health and education supports, and build a brighter future for their community and the province.”

“Laying the subsea cable from Bonilla Island to Tlell is another amazing milestone for Connected Coast. We have been working with the Council of the Haida Nation, Skidegate Band Council and Old Massett Band Council to develop connectivity to each of their communities. As a social enterprise, we are excited about our future together and we are grateful to the Province and the federal government for their support. This project will continue to gain momentum throughout 2022, paving the way for a summer of significant cable laying along the coast of British Columbia. Bringing this fibre-optic backbone infrastructure across the Hecate Strait is another step toward better connectivity for all of British Columbia.”

“The connection to Haida Gwaii is a significant milestone for the Connected Coast network. We are excited about the construction progress and look forward to these coastal remote communities having the same digital opportunities as urban centres. High-speed internet will help re-invent our small rural communities and improve our ability to participate in education, e-commerce and health programs.”