BC Oil and Gas, Central BC, Construction, First Nations, Northeast BC, Northwest BC 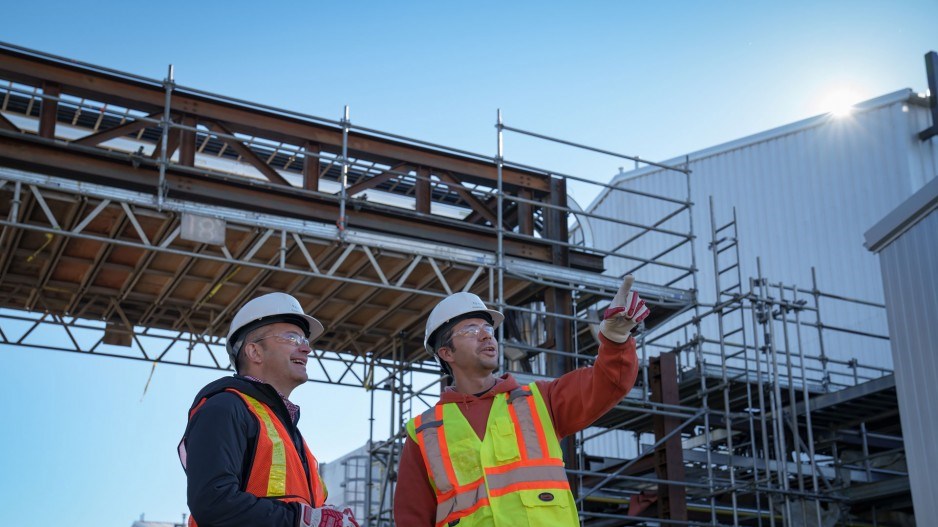 By this time next year, Coastal GasLink should be ready to start pushing natural gas from Dawson Creek to Kitimat through its 670-kilometre pipeline and then close a 10 per cent equity agreement with First Nations.

That doesn’t necessarily mean natural gas will actually be flowing on the pipeline a year from now. The LNG Canada liquefaction plant in Kitimat that it will feed is not expected to be complete and in production until mid-decade. It may not be until late 2023 that natural gas actually starts moving through the new pipeline to Kitimat.

The pipeline will mainly supply the LNG Canada project, but will also provide natural gas to the Haisla First Nation’s Cedar LNG project, should that project be approved. The Haisla have an agreement with LNG Canada to access some of the natural gas from CGL.

The Coastal GasLink pipeline, now expected to cost $11.2 billion, has suffered numerous setbacks and obstacles since construction began in 2019, from a pandemic and competition for labour from the Trans Mountain pipeline project, to citations for violating environmental regulations, activist roadblocks and a “significant terrorist attack.”

That’s how CGL president Bevin Wirzba describes an attack on a CGL work camp in February 2022 by 20 ax-wielding vandals who terrorized workers, commandeered heavy equipment, and used it to smash vehicles, equipment and camp trailers, causing millions of dollars in damage.

Despite those setbacks, the project is now 80 per cent towards completion.

“We had some very strong milestones, the first of which was signing our option agreements with the indigenous nations,” said Wirzba, who will be speaking this week at the BC Natural Resources Forum in Prince George.

TC Energy (TSX:TRP), which is responsible for building the pipeline, owns 35 per cent of the project. KKR, an American investment company, and Alberta Investment Management Corporation (AIMCo), own 65 per cent. TC Energy signed option agreements last year with 16 of the 20 First Nations along the pipeline route, which will allow them to acquire 10 per cent of the pipeline, once it’s built. That would bring TC Energy’s ownership share in CGL down to 25 per cent.

A West Coast LNG industry can’t happen without pipelines, and getting pipelines built in B.C. has proven to be a Herculean task.

The geotechnical challenges of building a pipeline over mountains and underneath hundreds of streams have been compounded by a pandemic, activism and competition for labour – all of which have contributed to the estimated capital cost of the project spiraling from $6.6 billion to $11.2 billion.

“We were fortunate to have good weather…but the macro-environment was very, very challenging,” Wirzba said of 2022, which was a peak employment year.

In a typical year, there are 8,000 to 10,000 workers building pipelines in Canada, Wirzba said. That basically doubled last year to about 20,000, with CGL and Trans Mountain both in peak construction.

“With the other significant project in British Columbia – the Trans Mountain pipeline – occurring in parallel, we had very significant labour constraints, high attrition rates going through the year,” Wirzba said.

“We had to terminate one of our main contractors last year for under-performance and we had to bring in three new contractors to take that scope in.”

CGL was hit with a number of infractions of the B.C. Environmental Management Act for things like improper management of erosion and sediment control at stream crossings.

“Some of our contractors are executing on both projects – Trans Mountain, as well as ours – and the standards are different between the two projects, so that causes some challenges for contractors when they’re having to play by different regulations,” Wirzba said.

At full capacity, the CGL will be able to move close to 5 billion cubic feet per day (bcf/d) of natural gas from Dawson Creek to Kitimat.

Phase 1 of the LNG Canada project will consume about 2 bcf/d. That would roughly double, should the partners behind LNG Canada sanction a Phase 2 expansion. Should the Cedar LNG project be built, it would demand about 0.8 bcf/d of natural gas. At that point, the pipeline’s capacity would be fully subscribed

“If the (Cedar LNG) project moves forward, we will have no further capacity in the pipe after Phase 2 is developed,” Wirzba said.