BC Oil and Gas, Central BC, First Nations 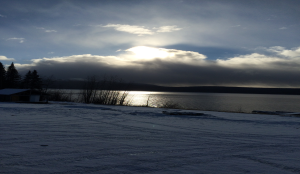 Coastal GasLink has replaced one of its prime contractors along one section of its natural gas pipeline now under construction from northeastern B.C. to the LNG Canada liquefied natural gas plant being built in Kitimat as it intensifies work to meet a completion date of next year.

Gone is Pacific Atlantic Pipeline Construction in favour of another pipeline builder, Alberta-based O.J. Pipelines who, in turn, has signed partnership agreements with the economic development arms of three First Nations for the section, called Section 7, which runs 78 kilometres from south of Houston to north of Morice Lake.

Skin Tyee Nation, the Wet’suwet’en First Nation and the Witset First Nation have traditional territory in that area.

There are eight sections to the 670-kilometre long pipeline and while Pacific Atlantic is no longer connected to Section 7, it remains as the prime contractor on Section 6, which is 85 kilometres long and which runs from south of Burns Lake west to south of Houston.

This is the fourth switch in prime contractors along pipeline sections since construction began in 2019 and the third in which First Nations have signed on as contracting partners.

Pacific Atlantic took over from Macro Spiecapag Joint Venture on Section 5 which runs from north of Vanderhoof to south of Burns Lake in the fall of 2020 and, in turn, was replaced this earlier this year when an entity called Macro Pipelines formed a partnership with the Nadleh Whut’en First Nation who has an existing relationship with the Frost Group from Prince George.

The first prime contractor change occurred in the spring of 2021 on Section 8, the section that ends at the LNG Canada plant in Kitimat. It was divided between original contract Macro Spiecapag and a joint venture between the Haisla First Nation and Ledcor.

There have been no contractor changes for Sections 1 to 4 which run from the northeast down to near Vanderhoof, joining up with Sections 5 to 8.

“Everything we do requires strong collaboration between the project, our prime contractors and indigenous and local communities,” he said.about:blank

“This collaboration is an integral part of our path to completion and is a major part of our extraordinary legacy.”

It is now in talks with LNG Canada regarding those increased costs and prospective construction schedule changes.