BC Oil and Gas, Central BC, First Nations, Northwest BC 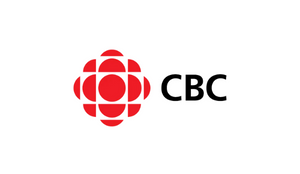 Canada’s national broadcaster has confirmed it will air and help fund a documentary on the conflict over the Coastal GasLink pipeline (CGL), a film being produced by a self-described “anarchist.”

While there is nothing unusual about the federally funded CBC supporting the documenting of a story of national interest, the track record and public statements of Franklin Lopez and others behind the film Yintah raises questions about their commitment to portraying the story accurately.

The film is slated to be aired later this year.

Lopez is an American expatriate who founded subMedia.tv. It is described on its website as “a video production ensemble, which aims to promote anarchist and anti-capitalist ideas, and aid social struggles through the dissemination of radical films and videos.”

Videos produced by the group encourage illegal activities like shoplifting, promotes violence against police with videos like “Beat the Pig,” and celebrates destructive protest actions, including the sabotage of the Dakota Access Pipeline that resulted in terrorism convictions for two American women.

Now a resident of Montreal, Lopez in multiple interviews available online has made it clear his filmmaking is more than just chronicling political movements, but actively supporting and advising them.

In a February, 2021 virtual presentation by Lopez on mediaburn.org, Lopez outlined how he sees his role with the Coastal GasLink documentary.

“I like the term accomplice more than ally. I like to say that I’m in cahoots with the folks there rather than just being somebody who takes orders,” said Lopez, adorned with a Mexican luchador mask.

“I think that we have to take direction from people whose land (we’re on), but we also want to be on par with them and give our opinions and whatnot, and that’s the relationship that I have with them. How can we work together and how can I put the things that I know how to do at your service and further your struggle?”

According to the CBC’s publicly posted Journalistic Standards and Practices, coverage of civil disturbances must both strive to be balanced, and not involve active participation by those documenting the event.

“Our journalistic independence and credibility is paramount, so our reporting should avoid inflaming or aiding in any way the various sides in a confrontation,” reads the CBC’s standards document, which is required by independent producers.

“If reporters on one side of a confrontation cannot provide an overview, we ensure the audience receives a broader context in the course of our coverage.”

Filmmakers and writers are always free to produce commentary that reflects their point of view, as well as taking part in legal political activism. But the fact Yintah is receiving funding not only from the publicly-financed CBC, but from federally funded Telefilm Canada, raises legitimate questions over how or if the filmmakers will accurately and fairly reflect the significant support for CGL from Indigenous communities in B.C.

And if those filmmakers are supporting or advising illegal blockades and protests, that raises further questions about receiving taxpayer dollars.

All 20 elected First Nations along the 670-kilometre pipeline route from Dawson Creek, B.C. to the LNG Canada terminal on the coast at Kitimat (including five Wet’suwet’en bands) support the project.

In December, members of the Gidimt’en Clan of the Wet’suwet’en Nation, together with extended family members from other Wet’suwet’en house groups and communities, publicly decried efforts by activists to appropriate their cultural identity to oppose the project.

“Our concerns are not about the pipeline itself. Some of us support it, some of us do not and some are neutral,” they wrote in the National Post.

“Our issue is that our traditions and way of life are being misrepresented and dishonoured by a small group of protesters, many of whom are neither Gidimt’en nor Wet’suwet’en, but nonetheless claim to be acting in our name to protest natural gas development.”

Lopez previously collaborated on the 2019 film Invasion, which hints at what Yintah might look like. The 18-minute film makes no mention of Indigenous support for the CGL project and portrays the conflict as the Wet’suwet’en people in opposition, despite the fact it earned the support of five elected Wet’suwet’en bands

In his mediaburn.org discussion, Lopez says much of the credit for the success of the opposition to CGL is due to the videos he and his colleagues have produced.

“The reality is a lot of the success of the Wet’suwet’en has become because of all the media that has been created,” he said.

“We should not just be passive actors in this whole thing, we really should get our hands dirty and take risks because there’s so much at stake.”