BC Oil and Gas, First Nations, Northeast BC 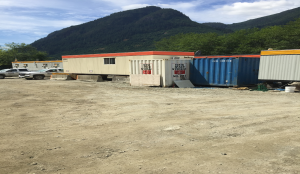 One year after winning a landmark legal case that gave it $65 million and control over 38,000 square kilometres (14,670 square miles) overlapping much of B.C.’s nascent natural gas fields and infrastructure, a small First Nation in northern B.C. is getting down to business.

The Blueberry River First Nations (BRFN) has established a new enterprise, Blueberry River Resources. The idea is to create economic growth for the community, including outside of its boundaries.

“BRFN was rewarded $35 million dollars for land restoration from the Cumulative Damages Claim,” said a statement from its Chief and council.

“We believe the best way to invest this money is through creating a restoration business outside of the nation.”

On October 19, it announced the appointment of outgoing Fort St. John mayor Lori Ackerman as the company’s CEO.

“Lori is the ideal candidate to help launch Blueberry River Resources into a successful business for our lands, water, wildlife, and people,” said the statement.

As part of the plan, the First Nation has already purchased a building in the city.

“We expect this venture to grow quickly and look forward to creating more job opportunities for BRFN members within our nation as well as in the City of Fort St. John.”

“She brings a wealth of expertise in the areas of business management, resource development, community infrastructure, and stakeholder engagement.”

“I am honoured to have this opportunity,” said Ackerman.

The 17-year political veteran begins her new role November 1, just one day after chairing her last council meeting as mayor.

In a landmark ruling June 29, 2021, the BC Supreme Court found that the province had breached its treaty obligations by allowing forestry, natural gas extraction and other development in the area covered by a treaty without the approval of Blueberry River First Nations.

The province was given six months to work out an arrangement with BRFN to improve provincial land management and permitting processes to recognize and respect BRFN’s treaty rights.

The undisputed ruling came into force on January 1, 2022.

In an agreement signed in October 2021, which allowed 195 resource projects to proceed in its territory, the 200-member BRFN was awarded $65 million by the province of B.C., including $35 million for land restoration and “cultural areas.”https://www.alaskahighwaynews.ca/local-business/blueberry-river-fn-launches-new-resource-business-in-bcs-north-6004312