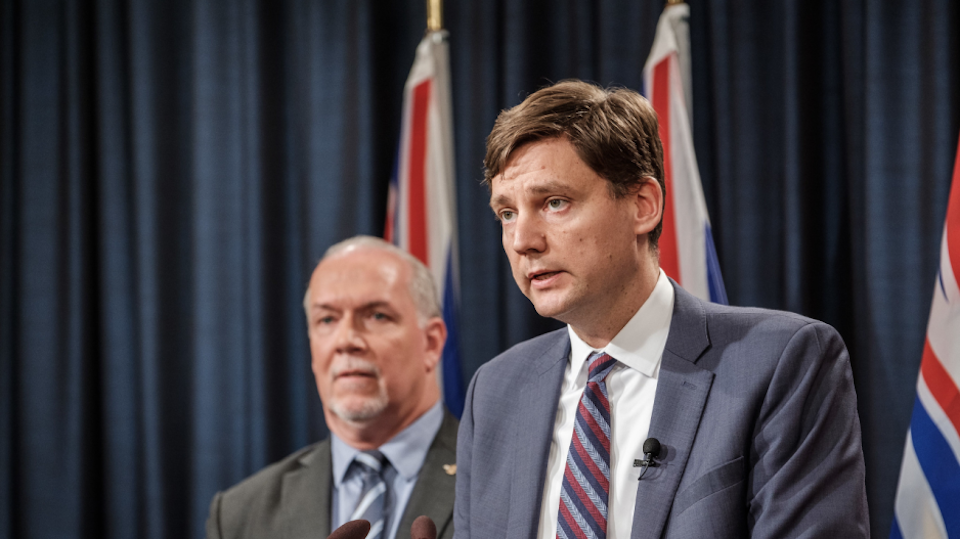 B.C. Premier David Eby, in his first scheduled visit to Prince George since taking over from John Horgan as head of the provincial government, will address the 20th annual BC Natural Resources Forum banquet at the Prince George Civic and Convention Centre next Tuesday evening.

It will be the first time in thee years the forum will be an in-person event, after two years as a virtual conference during the pandemic.

Simon Pascoe, general manager of Rio Tinto’s BC Works, will then take the podium at 10:25 a.m.for the opening keynote address.

Anyone with an interest in anthropology might want to attend the 10:45 a.m. discussion on Wednesday – Uncovering History of Human Occupation in Central BC: An Innovative Partnership Between An Indigenous Community and Industry – which will feature Mike Robertson, senior policy advisor of the Cheslatta Carrier Nation, and Kevin Dobbin, head of strategic partnerships at Rio Tinto.

Terry Teegee, regional chief of the B.C. Assembly of First Nations, will deliver the Wednesday keynote luncheon from 12:45-2 p.m.

The Future of the Workforce panel scheduled for from 2:45-3:45 p.m., features Wayne Prins, executive director of the Christian Labour Association of Canada; Shelley Gray, CEO of SkilledTradesBC; Patrick Campbell, Canadian regional director, International Union of Operating Engineers; and Cara Lenoir, director of strategic projects and partner engagement, B.C. Centre of Training and Excellence in Mining. Fiona Famulak, president/CEO of the BC Chamber of Commerce, will moderate.

Julie Dabrusin, parliamentary secretary to the Minister of Natural Resources/Minister of Environment and Climate Change will provide the afternoon keynote speech from 4:05-4:25 p.m.

Wednesday’s discussions wrap up with a fireside chat at 4:25 p.m. – LNG Export: Putting Canada On The Map – which will involve Jadon Klein, CEP of LNG Canada and Bevin Wirzba, president of Coastal GasLink. Margaret Dovgal, managing director of Resource Works, will moderate.

Chris O’Reilly, president/CEO of BC Hydro, will provide the morning keynote speech, from 9:25-9:45 a.m.

A pre-forum Low Carbon Leadership From Prince George’s Resource Sector tour on Tuesday from 9:45 a.m.-3:30 p.m. will showcase local industry efforts to create a low-carbon future. Registration is limited to 20 people.Workshops on employee benefit agreements and crisis communications are also planned for Tuesday.

The Celebrate The North reception on Wednesday from 6:30-9:30 p.m. at the Ramada Plaza Hotel, 444 George St.,, presented by the Independent Contractors and Business Association and the Canadian Association of Petroleum Producers, is an opportunity to network. The event is free to attend but pre-registation is required.