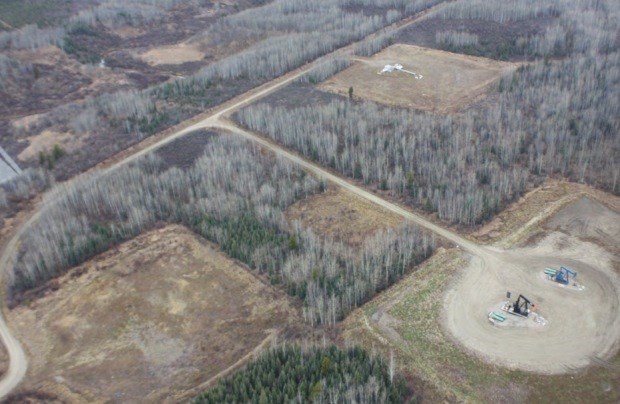 The B.C. government has reached four new agreements with Treaty 8 First Nations to address the cumulative impacts and future planning of industrial development in the northeast.

The agreements provide hundreds of millions of dollars for land restoration and resource revenue sharing, and lays the groundwork to develop new land use and wildlife plans and establish more protected areas in the region.

“Our shared work to co-develop these agreements represents a historic milestone for Treaty 8 Nations, for B.C. and for all of us who believe the path to reconciliation is through negotiation, not litigation,” Premier David Eby said in a statement. “The future lies in a partnership approach to land, water and resource stewardship, one that strikes a better balance to honour Treaty 8, while providing more stability for people and industry in the region.”

The nations came to the province collectively following the landmark Yahey decision from the B.C. Supreme Court in 2021, which ruled the province had violated its treaty obligations by allowing extensive industrial development in the region without adequately considering the cumulative impacts to the land base and local First Nations.

“Doig River First Nation has been advocating for a meaningful role in decision-making in natural resource development in our territory for many years and we are looking forward to working with the Province in the months ahead to make this a reality,” said Chief Trevor Makadahay of Doig River First Nation.

“We are confident that through this important work, which includes developing a new fiscal relationship between Treaty 8 First Nations and the Province, we will create economic certainty, heal the land and our people, and create overall stability for the region for generations to come.”

The four agreements announced Friday are part of a larger set of initiatives set out in a “consensus document” following negotiations with the First Nations.

Announced was a new Treaty 8 Restoration Fund, which combined with a $200-million Blueberry River-BC Restoration Fund announced earlier this week, will provide more than $600 million over 10 years to reclaim areas of industrial disturbance.

The province also anticipates the First Nations will share more than $200 million in royalty revenues from oil and gas development this year. Further negotiations will set out a new fiscal framework for revenue sharing with the bands.

Meanwhile, the province has also committed to protecting another 250,000 hectares for land conservation to address the nations’ various interests for caribou recover, water quality, wildlife management, and cultural practices.

The province has also committed to developing plans to eliminate aerial herbicide use, supporting cultural land burning, and creating a regional wildlife working group with the nations and stakeholders to monitor animal populations, predators, and hunting regulations.

“The regional district is confident that this consensus agreement sets a positive path forward based on partner-centred leadership,” said Leonard Hiebert, chair of the Peace River Regional District, in a statement. “We are pleased that the Treaty 8 First Nations and the B.C. government have come to this point in the process through collaboration and mutual respect.”